Enjoy an adventurous climb of the highest trekking peak in Nepal. Located at the sheer altitude of 6,458 meters, Mera Peak is the highest permitted trekking peak in the country. Explore the pristine Barun and Hinku Valley along the offbeat trail beginning from Phaplu village. Catch the majestic sights of Mount Everest, Nuptse, Cho Oyu, Lhotse, Makalu, and Kanchenjunga Peaks.
Mera Peak was first summited by Col. Jimmy Roberts and Sen Tenzing in 1953 AD. Since then, thousands of climbing enthusiasts have summited the peak. It is home to three different peaks, namely Mera North (6476m), Mera Central (6458m), and Mera South (6065m).
The moderate trek route, accessible ridges, and rock wall offer trekkers a good chance of successfully summiting the peak. The pristine peak lies inside Barun and Hinku Valley, an offbeat trail located just beside the populous Everest Base Camp trail.
The trip is well guided by an experienced Sherpa guide who will prepare you for the climb. You’ll embark on a 30-min flight towards Phaplu in Solukhumbu District. You’ll walk through the pristine natural settings inside Makalu Barun National Park en route to Mera Peak.
Explore the beautiful villages of Kharikhola, Pangkongma, Ramailo Danda, Chatra Khola, Kothe, Thagnak, and Khare. You’ll camp throughout the trail which, rises to Mera High Camp (5780m). The ascent encounters steep; isolated ridges angled almost 45-50 degrees. Using the fixed rope, you’ll climb the snow and ice wall towards the lower south summit.
Enjoy the panoramic view of Mount Everest, Makalu, Lhotse, Cho Oyu, Baruntse, and Kanchenjunga. The trail begins to descend through Kothe towards Zatrwa La Pass. Cross the mighty pass to head towards the Dudh Koshi Valley. The trek concedes upon your arrival in Lukla.
Embark on adventurous 19-day Phalpu to Mera Peak Trek with Everest Extreme Adventure. We specialize in full-board expedition trips to different mountain peaks around Nepal and Tibet. You can choose to join a fixed group or departures. Our Sherpa leaders have led a countless number of expeditions to Everest.

Welcome to Nepal! The trip officially begins upon your arrival in Kathmandu. We’ll pick you up at Tribhuvan International Airport and drive you to the hotel located at the heart of the city. Enjoy a scenic drive along the bustling streets of Kathmandu. Your Sherpa guide will welcome you to the hotel. He will brief you about the trip in detail. Overnight in Kathmandu.

The day begins with a delicious breakfast. Today, you’ll prepare for the upcoming trip. Visit the local outdoor gear shops to buy or rent necessary climb gear and equipment. Your guide can help you strike a better deal. In the meantime, he will visit appropriate government offices to obtain the climbing permit. You can consider visiting the local rock-climbing arena to improve your stamina before the trip begins. Overnight in Kathmandu.

Enjoy breakfast and then drive towards the airport. You’ll embark on a 30-min long flight from Kathmandu to Phaplu village. Enjoy the pristine aerial tour of Kathmandu and Everest Region. Upon arrival, you’ll prepare your bags and then embark on the first day of the trek. The trail begins to head east along the Numbur towards Taksindu La Pass (3100m). Catch the majestic sights of Thamserku (6623m), Kantega (6780m), Kusum Kanguru (6370m), and Mera Peak (6650m) from the top.

Leaving Taksindu, you’ll begin climbing down towards the small town of Nunthala (2200m). Walk past small Sherpa settlement and along the majestic Dudh Koshi River towards Jubing (1680m). The trail continues past barley, corn, and wheat fields towards Khari Khola (2010m). Overnight in Kharikhola.

Leaving Kharikhola, the trail begins to rise eastward and leave the standard Everest trail. Instead of heading north, you’ll continue straight through the southeastern trail and climb along the forested path towards Lenjikharka. The trail further rises for a few hours and heads towards the remote village of Pangkongma (2846m). Overnight inside a teahouse.

Leaving Pangkongma, you’ll begin climbing towards the mountainous pass of Pangkongma La (3174m). A few hours of the uphill trek along the Rhododendron and pine forests will bring you to the top. You’ll exit the Dudh Koshi Valley and begin traversing into Hinku Valley. Catch the natural sights of the Dudh Koshi River and Hinku Khola en route. Enjoy a short trek overlooking the majestic views of Mera Peak, Sanu Himal, Mojang Himal, and Mera Himal towards

Leaving Chatra Khola, you’ll embark on the half-day long trek towards Kothe Village. The trail begins to climb upstream along the Hinku Khola and enters the moss-covered forest. Navigate along the crooked ridges and reach a sandy boulder-choked area at Kothe. Kothe village lies at an altitude of 3,600 meters. Overnight at Teahouse.

Leaving Kothe, you’ll begin climbing along the west bank of the Hinku Khola. The trail gives way to the dense forest, which takes you towards Upper Hinku. Walk past small yak pastures or Kharka overlooking the twin summits of Kusum Kanguru on the left.

Continue climbing through the sharp V of the valley towards Gondishung. Enjoy a delicious lunch before continuing along the trail. The trail begins to climb past Mani walls towards Thangnak village. Overnight at Teahouse.

Enjoy a beautiful day at Thangnak. You can spend the day acclimatizing or even exploring the beautiful Himalayan valley. You can make a short trek towards nearby areas. Spend the rest of the day journey up the valley—overnight in Thangnak.

Leaving Thangnak, you’ll begin trekking uphill along the snow-clad region towards Dig Glacier. The trail climbs over Dig Kharka that offers the beautiful sight of Charpate Himal. Begin climbing along the snow moraines towards Hinku Nup and Shar Glaciers. A short climb will bring you to the campsite at Khare overlooking the Mera Peak

Enjoy the morning with a delicious breakfast. You’ll spend the day acclimatizing at Khare village. Before heading up, you’ll spend the day preparing for the upcoming climb. Make a short hike through the Mera Glacier towards Mera La. Spend the rest of the day indulging in training with your Sherpa guide. Overnight in Khare.

Leaving Khare, you’ll begin climbing through Mera Glacier towards Mera Base Camp. After a brief rest, the trail continues to climb along with the fresh snow and crevasses towards the rock band. Marked by a large cairn, you’ll cross the rock band and climb towards the high camp for the overnight stay. Spend the rest of the day acclimatizing at High Camp overlooking the majestic sights of Mount Everest, Makalu, and Cho Oyu. Overnight in a tent camp.

Today is the most challenging day of this trip. You’ll wake up around 2 in the morning and have your breakfast. As your staff prepares to lay fixed ropes, you’ll make your backpack and begin climbing. The entire climb and descent will last almost 7 hours.

Begin climbing the natural angled snow slopes towards the foot of the dome. Next, climb the fixed rope for the last 30 to 40 meters to reach the top. The final ascent encounters a sharp ridge angled at 45 – 50 degrees.

Enjoy the majestic panorama of the beautiful mountains such as Everest, Lhotse, Baruntse, Makalu, and Kanchenjunga. Retrace your path and begin climbing down towards the high camp. Begin descending towards Mera La Pass and cross over the pass to head towards Khare village. Overnight in a teahouse.

Leaving Kothe, you’ll begin climbing the forested path that heads towards Taktho village. Upon crossing the Hinku River, you’ll start trekking along the pristine Buddhist Chorten towards Thuli Kharka. Enjoy a delicious lunch before climbing towards the high pass of Zatrwa-La. (4610m). Overnight in Zatrwa La.

On the last day of the trek, you’ll leave Zatrwa La Pass and begin climbing down towards the Dudh Koshi River. The scenic trail goes past beautiful Sherpa villages along the Dudh Koshi River towards Lukla. Celebrate the completion of the trip with your team leader and staff—overnight in Lukla.

Wake up early and catch the flight back to Kathmandu. A scenic 25-min long flight from Lukla will take you over the lush hills and rivers of Eastern Nepal towards Kathmandu City. Upon arrival, you’ll drive back to the hotel. Enjoy a delicious breakfast. You can relax at the hotel or explore the city today. Overnight in Kathmandu.

Today is the last day in Kathmandu. You can choose to visit a few of the tourist destinations before driving back to the airport. We’ll drop you off approximately 2 hours before your flight time. 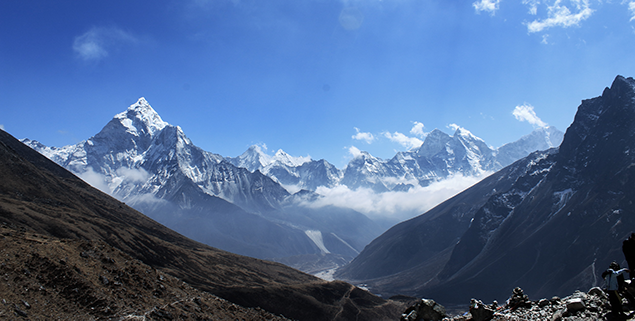 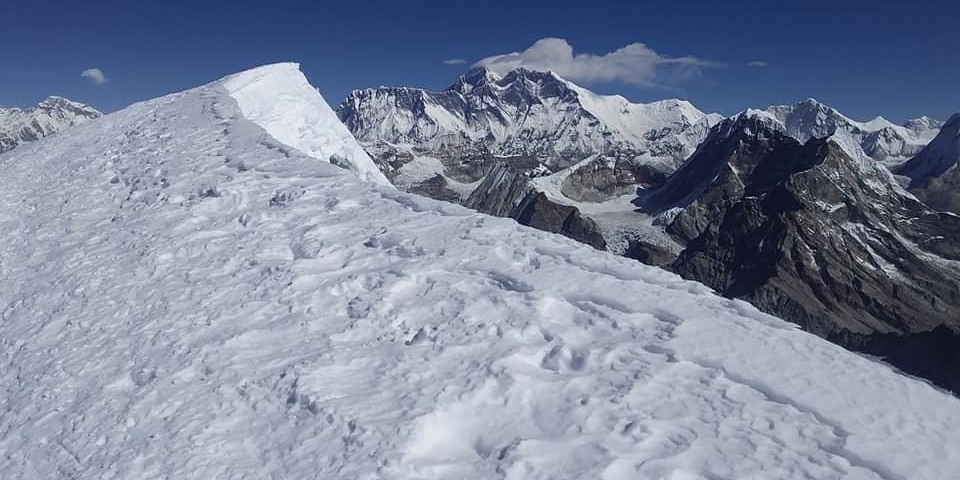 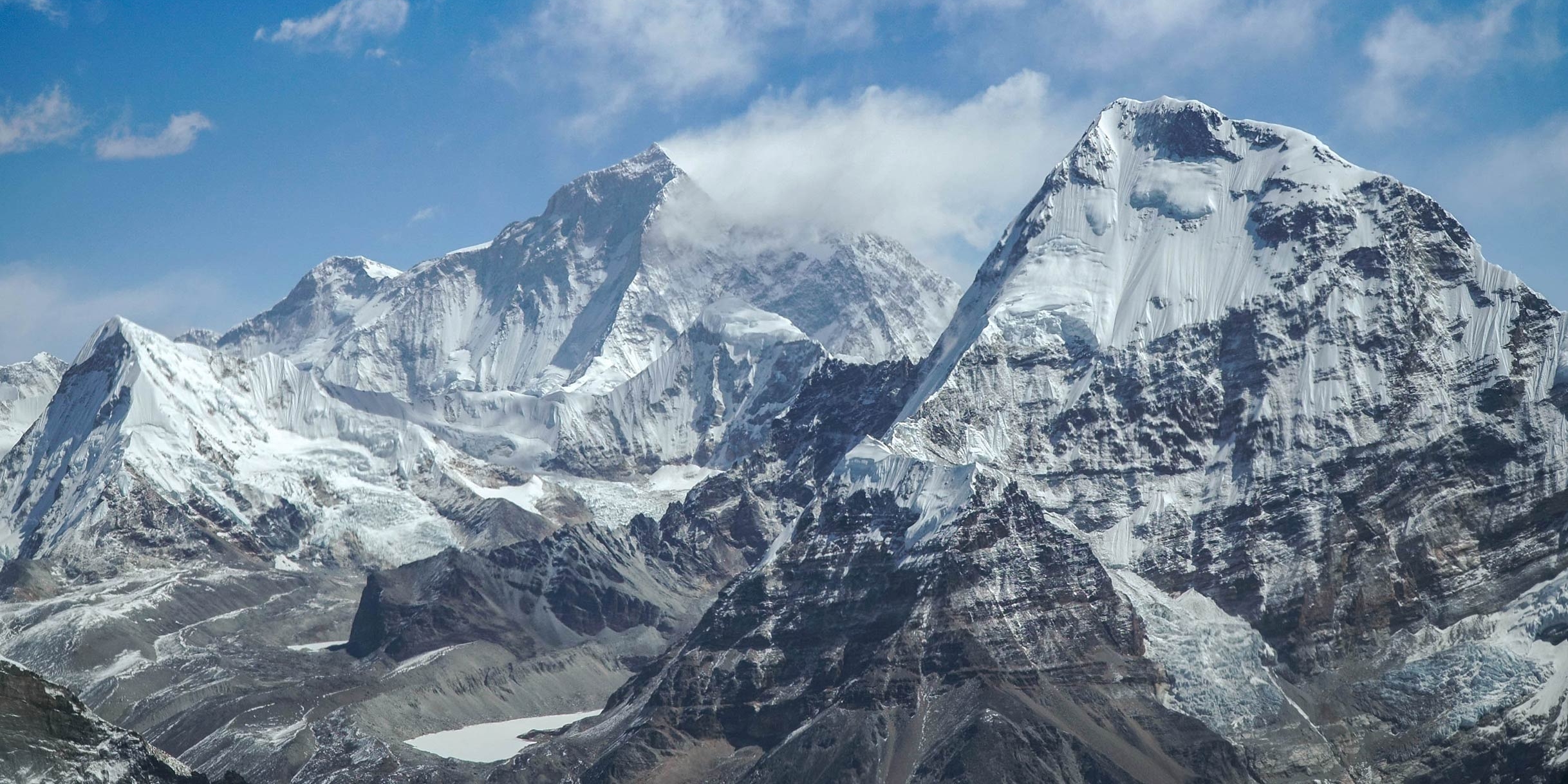