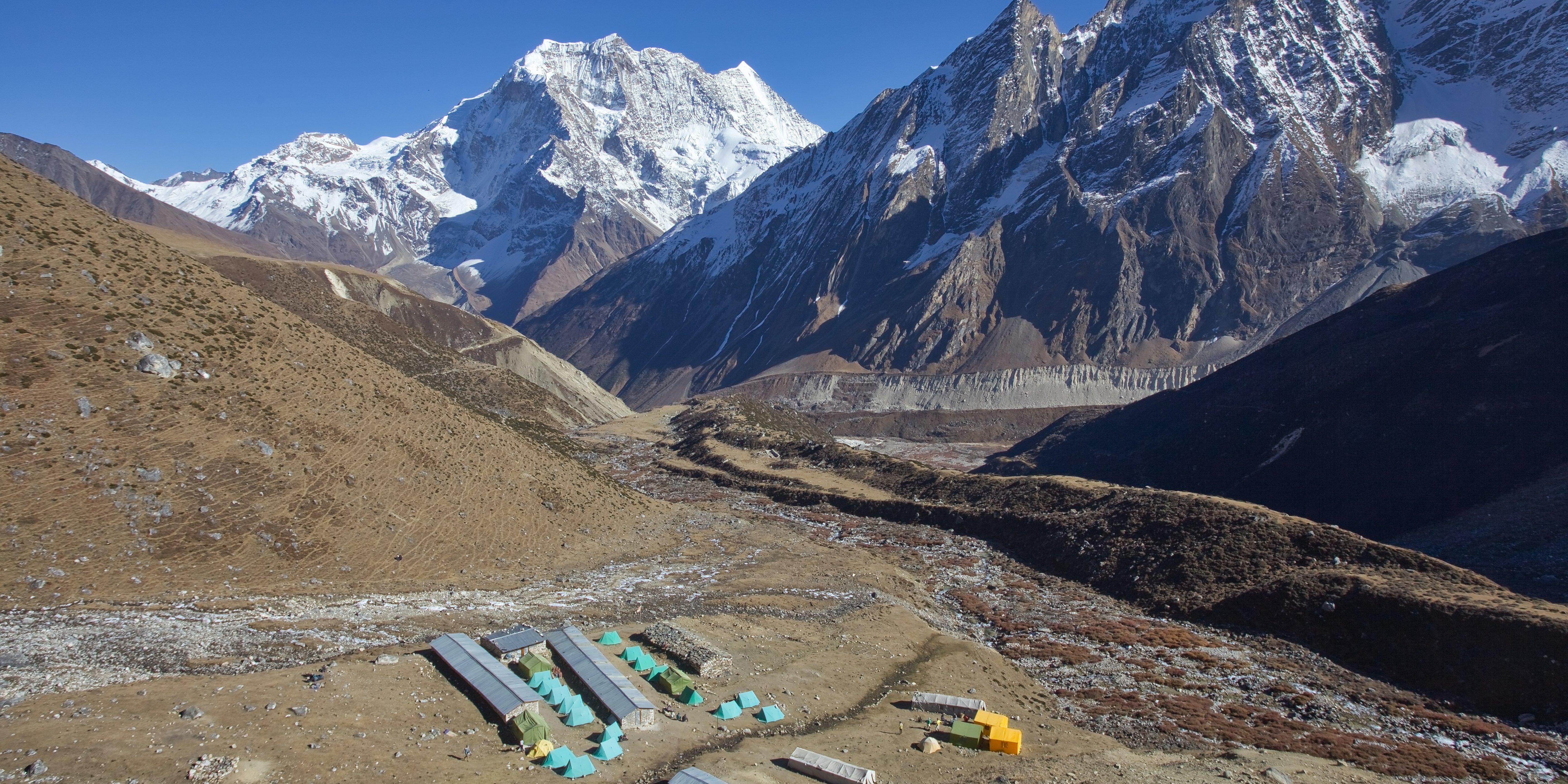 Indulge in adventurous trekking to one of the remotest regions in Nepal –Tsum Valley in the Gorkha District. One of the least traversed trails is home to the Tsumba tribe of People. Explore the scenic Buddhist Pilgrimage trail of Kyimu Lung and witness the highest monastery of Mu Gompa (3700m).
Tsum Valley is one of the recently opened trekking trails. The restricted region opened for the tourists in 2008. Lying in the northernmost part of the historical Gorkha District, the trek takes you through the lush forested trail towards the snow-capped region.
Explore the scenic Kyimu Lung pilgrimage route that celebrates the legacy of the Buddhist Saint Milarepa. The proximity to Tibet in the north has influenced the local lifestyle, culture, occupation, and architecture in the region. Enjoy the majestic mountainous scenery, including the pristine peaks of Ganesh Himal, Sringi Himal, and Boudha Himal.
The 19-day trek begins upon your arrival in Kathmandu. Embark on a 9-hour long road journey along the massive Trishuli River and Budi Gandaki River to reach Arughat Bazaar. The trek advances along with the beautiful, traditional villages and enters the Lower Tsum Valley.
Walk past the beautiful settlements of Soti Khola, Machha Khola, Jagat, and Chisopani. The trail leaves the forested path and heads into the rocky and snow-capped valley of Upper Tsum. Trek past Chumling, Chhokangparo, and Nile villages along the beautiful Shiar River to reach Mu Gompa, the largest and the highest Buddhist monastery in the region.
Explore the historical Kyimu Lung pilgrimage trail as you make your way through Tsumba villages. Witness the beautiful Tibetan-styled villages and the local Tsumbas indulged in their daily chores. Retrace your path through Lower Tsum and head towards Arughat Bazaar. The trip concedes upon your return to Kathmandu.
Embark on an adventurous Tsum Valley Trek with Everest Extreme Adventure. We specialize in all kinds of treks, including popular and off-beat treks. Choose to join our fixed group or undertake an entirely private trip. Our full-board trip comes with entire transportation, three meals a day, a restricted area permit, an experienced guide, and staff.

Tsum Valley Trek begins upon our arrival in Nepal. We’ll receive you outside Tribhuvan International Airport and drive you to one of the most beautiful hotels in Kathmandu City. Upon arrival, you can enjoy your refreshment. Afterward, you’ll visit our office to discuss the trek in detail. Visit the local outdoor gear shop to buy or rent necessary trek gear and equipment. Overnight in Kathmandu.

The day begins with a delicious breakfast overlooking the mountainous panorama. Your guide will visit the appropriate government offices to get the necessary permit. In the meantime, you’ll embark on a scenic sightseeing tour.

The well-guided tour takes you to some of the most famous UNESCO World Heritage Sites. Visit the popular monastic destinations of Swayambhunath and Boudhanath Stupa; encircle the entire Pashupatinath Temple (the most significant Hindu Temple in the country), and explore the historical site of Kathmandu Durbar Square. Overnight in Kathmandu.

Enjoy a delicious breakfast and then embark on a private jeep. Begin driving along the massive Trishuli River and take a detour to the north along the Budi Gandaki River. Almost 8-hour long drive will take your 126km northwest of Kathmandu to Arughat Bazaar. Arughat lies in the bustling part of the Gorkha District. The historical Gorkha district is home to the pristine Tsum Valley. You’ll begin trekking along the foothills of Ganesh Himal. Overnight in Arughat Bazaar.

Leaving Arughat Bazaar, you’ll embark on the first day of the trek. Begin climbing along the beautiful terraced fields and small streams towards Soti Khola. The half-day long trek takes you over few suspension bridges and along Budi Gandaki River. A short hike will take you past Shanti Bazar towards Arkhet Khola. A short uphill walk along the cascading waterfall at Kuerepani will take you to Soti Khola. Overnight in Soti Khola.

Leaving Machha Khola, you’ll begin climbing along the beautiful terraced fields towards the steep ridges. Cross the massive Tharo Khola to reach Khorlabesi. Here on, the trail becomes to rise and fall along the Budi Gandaki River. A short downhill hike will bring you to Tatopani. Famous for its natural hot-spring, you can choose to take a dip to relieve your body pain. Enjoy a delicious lunch and then continue trekking past Dobhan, Duman, and Tharo Bharyang village to reach Jagat. Overnight at Jagat.

Jagat marks the entry to Annapurna Conservation Area (ACAP). Get your permits checked before embarking on a trek to Chisopani village. Leaving Jagat, you’ll begin climbing along the rocky ridges towards Salleri village. The trail here on descends the village of Sirdibas. Continue trekking along the open grassland towards Ghatta Khola. After lunch, continue trekking alongside the small stream towards Philim. Walk past the largest Gurung village of Philim to arrive at Chisopani. Overnight in Chisopani.

Leaving Chisopani, you’ll begin trekking into the pristine Tsum valley. Begin climbing along through the lush pine forests and head towards Lokpa. Continue along the trail overlooking the majestic sights of Himalchuli (7893m) and Boudha Himal. A short hike will bring you to Lungwa Khola. Enjoy a short trek through the deep pine and rhododendron forests to reach Chumling. Overnight in Chumling

Leaving Chumling, you’ll begin tracing the old Buddhist pilgrimage route to Kyumi Lung. The half-day trek takes you into Upper Tsum Valley. Begin climbing towards Rainjam village and make a short ascent to Gho village. The trail offers a majestic view of Ganesh Himal. Witness the beautiful Tibetan-styled villages and the daily lifestyle of Tsumbas as you make your way towards Chhokangparo village. Overnight in Chhokangparo.

The trail leading from Chhokangparo will begin climbing upstream along the Shiar Khola. The trail becomes sparse with less vegetation. Make a short hike towards the Lamagaon, where you’ll find many Buddhist nuns. Cross a small bridge to reach Rachen Gompa, an only nunnery in the area. Enter the nunnery and explore the daily lifestyle of the nuns. Enjoy a warm lunch and a cup of Tibetan tea before continuing on your trail. The trail goes past Lar village and climbs through Phurbe, Pangdun, and Chule village to reach the Nile. Overnight in the Nile.

The trek materializes today as you leave the Nile and head towards Mu Gompa. Walk along the rock and snow moraines towards Mu Gompa or Mu Monastery nestled on the glacier. The highest point of the trek, Mu Gompa lies close to Tibet in the north. A 3-hour trek will bring you to Mu Gompa. Spend the day witnessing the grandeur of the Himalayan valley and equally beautiful Mu Gompa. Make a short trek towards the nearby Dhephu Doma Gompa. Overnight in Mu Gompa.

Leaving Mu Gompa, you’ll begin climbing down the Upper Tsum Valley. Retrace your path and begin heading down to Chhule and Phurbe villages. Enjoy a delicious lunch, and begin climbing down towards Burgi village. En route to Burgi, you will make a brief stop at the Milarepa’s Cave (Piren Phu). Catch the magnificent sights of Poshyop Glacier, Kipu Himal, and Churke Himal en route to Burgi village.

Leaving Chumling, you’ll further climb down towards Philim village. Walk past the forested ridges to reach Lokpa village overlooking the beautiful Samba Falls and mountains. Almost 7-hour into the trek, you’ll arrive at Gurung village of Philim. It is the largest Gurung village in the region. Overnight in Philim.

Leaving Philim, you’ll begin descending along the Dobhan Khola towards Jagat. Walk past Tatopani villages to reach Khorlabesi. Enjoy a delicious lunch at Sirdibas village before continuing along the trail. Walk past beautiful terraced fields towards Khorlabesi village. Overnight in Khorlabesi.

Exit Khorlabesi and begin climbing downhill towards Tharo Khola. Walk past Machha Khola along the Budi Gandaki River towards Lapubesi village. Enjoy a delicious lunch, and then continue trekking alongside two large waterfalls to reach Khursane. A short downhill trek will bring you to Soti Khola village

On the last day of the trek, you’ll exit Soti Khola and head back to Arughat. Begin climbing downstream along the Budi Gandaki River towards Kyoropani. The trail continues past traditional villages towards Arughat Bazaar. Upon arrival, you can enjoy the completion of the trek with your team. Overnight in Arughat.

Enjoy a delicious breakfast at Arughat Bazaar. Today, you’ll Arughat and begin driving towards Kathmandu City. The scenic 8-hour journey goes along the Budi Gandaki River towards the Prithvi Highway. Continue driving along the massive Trishuli River to reach Kathmandu Valley. We’ll transfer you to your hotel. In the evening, we’ll take you for a delicious farewell dinner in one of the finest diners.

Today is the last day in Kathmandu. You can choose to go around shopping for souvenirs or explore some of the tourist sites. We’ll drop you off at the airport just in time of your flight back home. 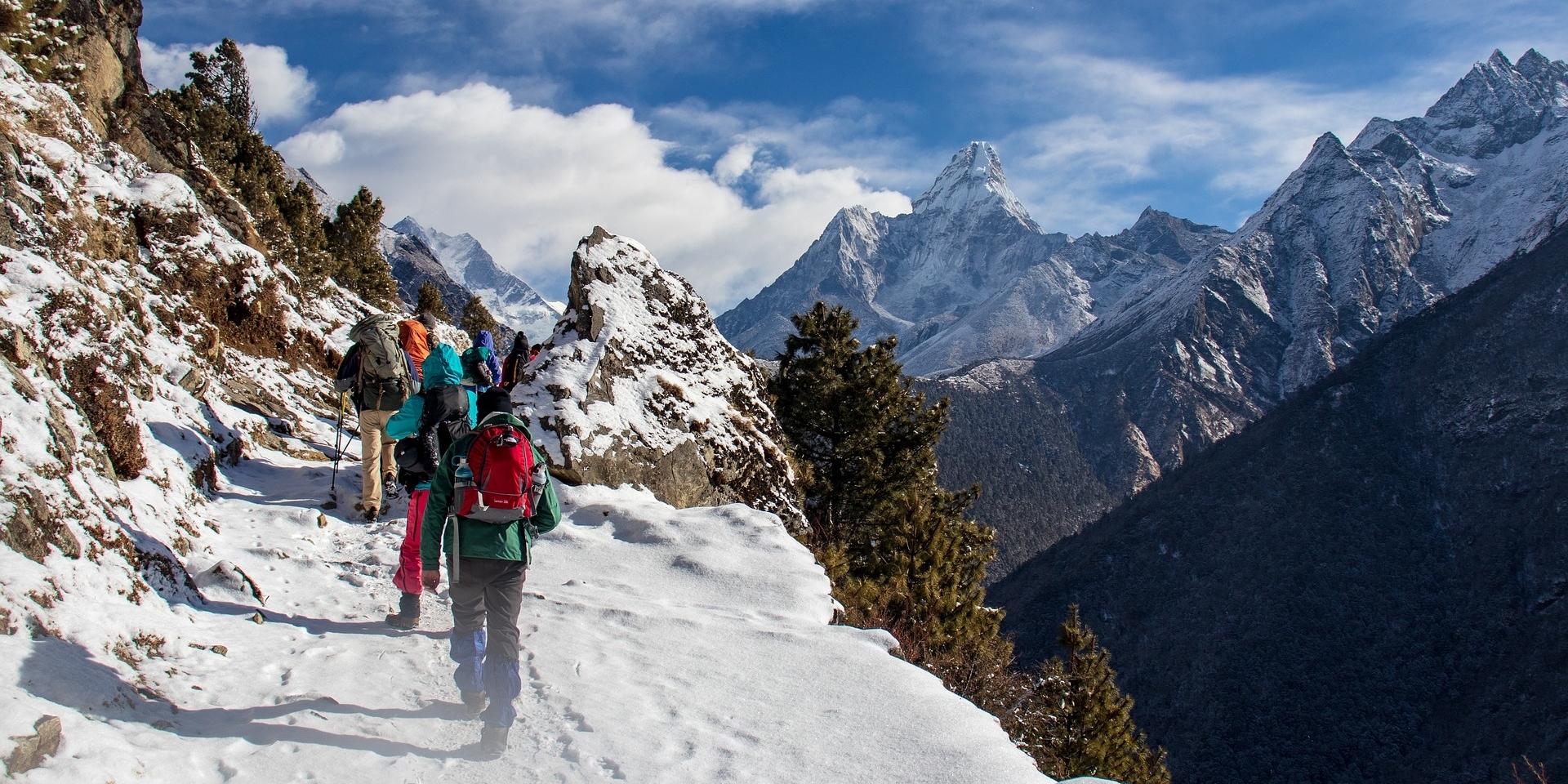 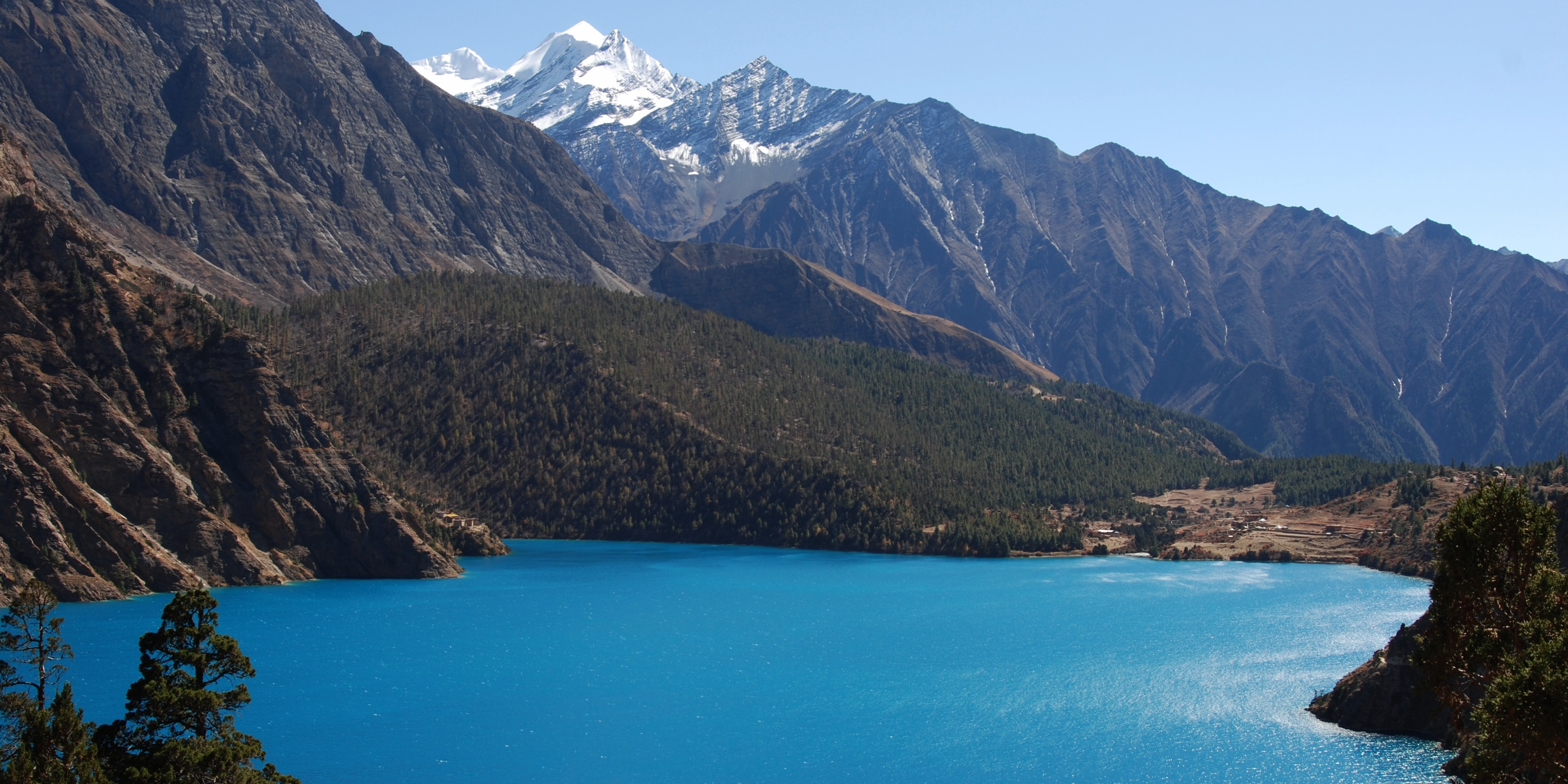